Our Story is Our Philosophy 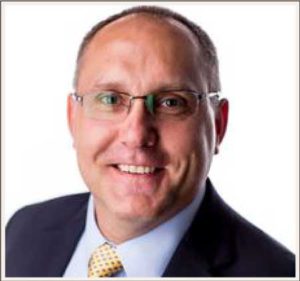 I have been in practice for 20 years. This adventure began when I was a chiropractic patient at age 15 and experienced a quantum-shift in improvement of my health through chiropractic care. I became free from chronic illness which made me want to become a doctor of chiropractic. Finishing chiropractic school, my clinical training was completed in the inner-city of Chicago at the Des Plaines Clinic of the Salvation Army for 1 year. My first patients were men recovering from addiction in the drug and alcohol rehabilitation program, many were off the street. So much human brokenness. It seems to me that though the doctor may help the patient, the patient forms the doctor. Some patients are easier to help than others just as some people are easier to love than others, but we are still called to love — even those who are difficult to love. The sanctity of every human life can sometimes become hidden beneath human misery and ugliness. At this clinic, I was humbled as I witness firsthand human suffering and brokenness being healed and transformed.

The adventure got really exciting after I received my Doctor of Chiropractic from National University of Health Science in December 2000. My wife and I packed our bags and traveled half-way around the world and volunteered for a year in post-war Bosnia-Hercegovina, serving in a health clinic at Majcino Selo orphanage, just outside the town of Medjugorje. Rocky terrain, breathtaking mountain vistas, people wearing their hearts on their sleeves, amazing local wine and cevapcici– and a peacefulness that defies human reason. I established a chiropractic practice within an existing multidisciplinary medical. My patients were orphans and refugees, children, adults and elderly people who had suffered more than I could imagine from the war in that region. On September 11, 2001 my wife and I were in the town of Konic, facilitating an optical mission and bridge-building opportunity between the Croatian and Muslim communities. After that year we came back to Chicago and unpacked our bags, however I am still unpacking the meaning infused into all of those encuentros— I now had an existentialist crisis in reverse for which I am forever grateful.

I practiced in a large group practice for 10 years in the Southwest Suburbs of Chicago, in close collaboration with physiatrists, physical and occupational therapists, interventional pain management physicians, orthopedic and neurosurgeons.

All of Our Other Services